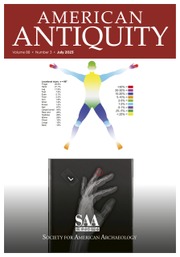 Published on behalf of the Society for American Archaeology

American Antiquity is a peer-reviewed, quarterly journal and is considered the premier journal of North American archaeology, devoted to the archaeology of the New World, method and theory pertinent to the study of New World archaeology, and closely related subjects.

'George Frison: riding on his coattails at La Prele'

"It was the summer of 2017 and we had just discovered a partial Clovis point at the La Prele Mammoth site in a test unit 20 meters from the mammoth. Immediately Rich Adams excitedly phoned George Frison to tell him that we finally had proof the site was associated with Clovis. He asked if we were sure. Yes, we were sure. A few hours later George pulled onto site, after diverting a trip to see family, and with a huge smile on his face stated, “No doubt what that is.” 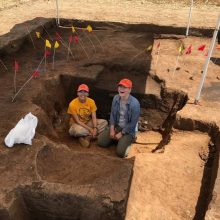 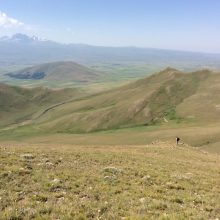 Other titles from the Society for American Archaeology: