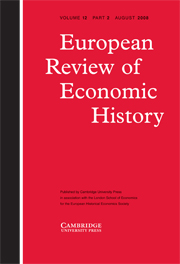 Symposium on Gregory Clark's A Farewell to Alms