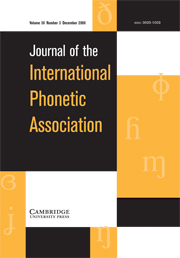 Illustrations of the IPA