Prosody in the Nordic Languages 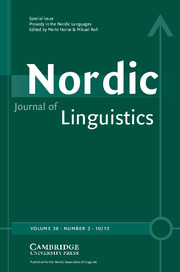