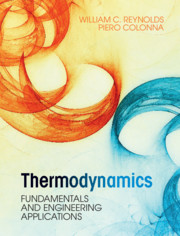 This concise text provides an essential treatment of thermodynamics and a discussion of the basic principles built on an intuitive description of the microscopic behavior of matter. Aimed at a range of courses in mechanical and aerospace engineering, the presentation explains the foundations valid at the macroscopic level in relation to what happens at the microscopic level, relying on intuitive and visual explanations which are presented with engaging cases. With ad hoc, real-word examples related also to current and future…