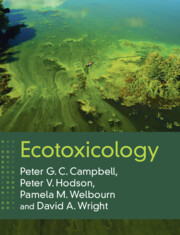 Ecotoxicology offers a comprehensive overview of the science underpinning the recognition and management of environmental contamination. It describes the toxicology of environmental contaminants, the methods used for assessing their toxicity and ecological impacts, and approaches employed to mitigate pollution and ecological health risks globally. Chapters cover the latest advances in research, including genomics, natural toxins, endocrine disruption and the toxicology of radioactive substances. The second half of the book focuses on applications, such as cradle-to-grave effects of selected industries, legal…