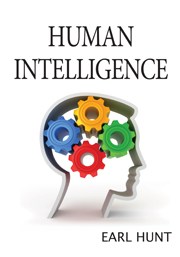 This book is a comprehensive survey of our scientific knowledge about human intelligence, written by a researcher who has spent more than 30 years studying the field, receiving a Lifetime Contribution award from the International Society for Intelligence. Human Intelligence takes a non-ideological view of a topic in which, too often, writings are dominated by a single theory or social viewpoint. The book discusses the conceptual status of intelligence as a collection of cognitive skills that include, but also go…