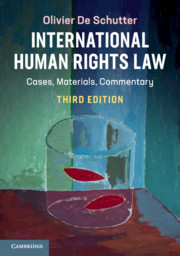 International human rights law has expanded remarkably since the 1990s. It is therefore more important than ever to identify, beyond specific controversies, its deeper structure and the general pattern of evolution. Moreover, it has a logic of its own: though part of international law, it borrows many of its principles from domestic constitutional law. This leading textbook meets both challenges. It has been significantly updated for the new third edition, introducing sections on subjects including business and human rights, amongst…