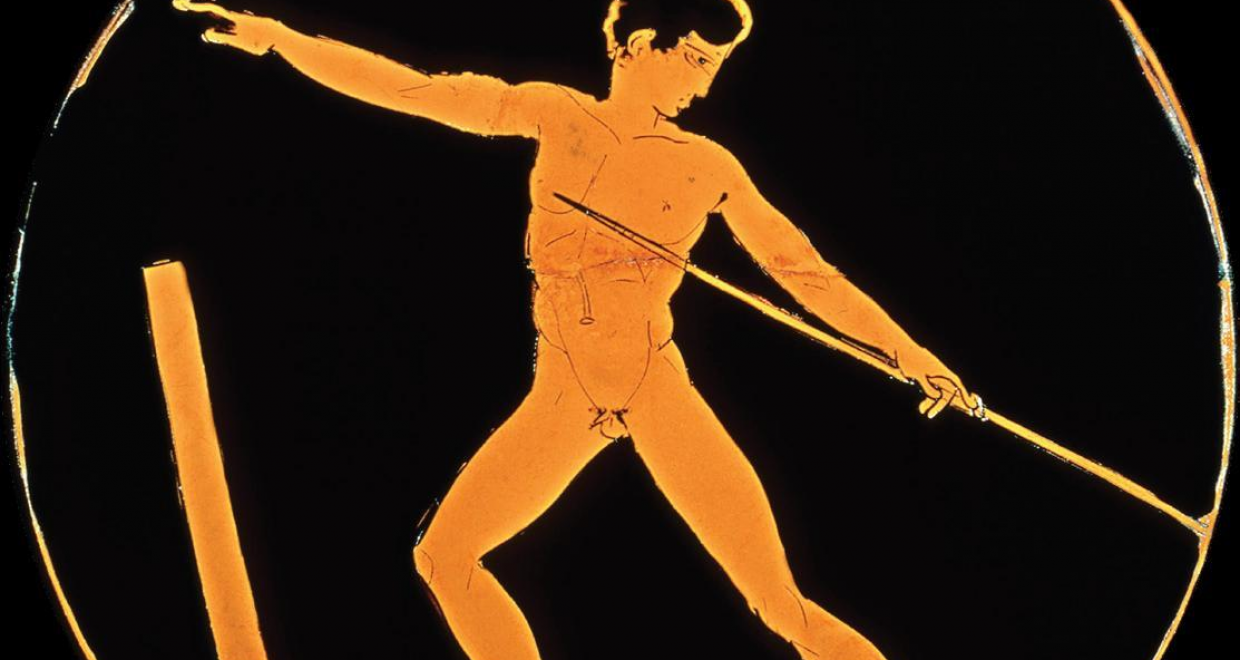 From the Ancient to the Modern: How have the Olympic games changed?

The 2012 Olympic games are upon us. It is well known that the origins of the modern Olympic games lie in the Ancient Greek traditions, but how do they compare? We ask Chris Carey, Professor of Greek at UCL and President of the Hellenic Society for his insight.

Firstly, how do we know about the Ancient Olympics?

We know about the Ancient Olympics from a whole range of sources from different periods. From the classical period we have both prose and poetic texts which provide information about the history of the site, about events, winners and their origins, about the value attached to athletics. Among later writers one of the most important sources is Pausanias, a Greek traveller from Anatolia who visited Olympia in the second century CE and offers an invaluable detailed description of the site. Excavations at  Olympia since the early nineteenth century have added vastly to our knowledge of the site (though some key features remain elusive). We have inscriptions starting in the sixth century BCE celebrating successful athletes. And we have various kinds of visual evidence, especially on painted pots, which depict individual events, including training.

Who competed in the Olympic games?

The simplest answer is ‘Greeks’. To compete at Olympia one had to be a Greek, although the games were international in that they were open to Greeks from any part of the Greek world. But they were not inter-ethnic. Herodotos tells an interesting story about Alexander son of Amyntas, king of Macedonia during the first half of the fifth century BC. Not all Greeks accepted that the Macedonians were Greek, but Herodotos has no doubts. He says: ‘Now that these descendants of Perdiccas are Greeks, as they themselves say, I myself chance to know and will prove it in the later part of my history. Furthermore, the Hellenodicae who manage the contest at Olympiadetermined that it is so, for when Alexander chose to contend and entered the lists for that purpose, the Greeks who were to run against him wanted to bar him from the race, saying that the contest should be for Greeks and not for foreigners. Alexander, however, proving himself to be an Argive, was judged to be a Greek.’ Herodotos 5.22  (trans. Godley)

The story may come from Alexander himself and it’s historicity is not guaranteed. What is clear is that competition in the games is enough to prove Greekness.

Another answer takes us into murkier waters. In the earliest period we can be reasonably sure that only members of the elite competed. To have time to train one needed to be free of the need to work for a living. This elitism is probably a continuing factor. There may be a loosening up over time (and the fact that every Greek city always had a wresting school and a gymnasium meant that access to facilities was not a great problem). And by the Roman period the fulltime professional nature of athletics was reflected in the existence of an athletes’ guild. But probably throughout antiquity as now the need for leisure time for training and travel meant that few athletes came from the very poor.

What was the motivation?

First and foremost then as now – glory. Athletes enjoyed enormous prestige and great athletes left a memory behind which could stretch for centuries. Some of the early athletes became figures of legend. And even great athletes in the classical period and after could become legends for their endurance, commitment and determination. The glory is nicely pointed up by a story in Herodotos about the Persian invasion of Greece in 480AD:

‘When the Arcadians told the Persians that the Greeks were holding the Olympic festival and viewing sports and horseraces, the Persian asked what was the prize offered, for which they contended. They told him of the crown of olive that was given to the victor. Then Tritantaichmes son of Artabanos uttered a most noble saying (but the king deemed him a coward for it); when he heard that the prize was not money but a crown, he could not hold his peace, but cried, “Good heavens, what kind of men are these that you have pitted us against? It is not for money they contend but for glory of achievement!”’ For the most prestigious games, the prize was a simple crown, and the glory.

But there were games which gave cash prizes or which gave valuable objects. At the Athenian Panathenaia, for instance, the winners received multiple large jars of Athens major produce, olive oil. The vases were enough of a trophy for many of them to survive. And they were a good advert for Athens and the games. But the contents had a considerable cash value. And even for the games like the Olympics in which only the simple crown and the glory were on offer, grateful cities often gave cash rewards to winners.

Some of the rewards were in tangible markers of prestige. In Athens the Olympic victors were given free meals in the townhall for life. In Sparta they got to fight in the frontline with the kings.

The current Olympic games seem to be dominated by corporate sponsorship. Who paid for the Ancient Greek games?

The games were much less expensive. Athletes found their own accommodation and food. So there was less money to find. States might occasional subsidize the travel costs of athletes, but otherwise again they paid for themselves. The games were of course enormously important for the local economy. Lodgings, food, all had to be purchased. There must also have been a substantial opening for forms of entertainment (jugglers, acrobats etc) to keep people amused between events. And of course a lot of money for the sex industry.

Was their any evidence of corruption or cheating in the Ancient Olympics?

There is always room for corruption and always room for cheating. Dominic Rathbone is currently editing a papyrus from Greco-Roman Egypt which contains a contract for one athlete to throw a wrestling match for money. This is not the Olympics but there must always have been sharp practices. The authorities at Olympia were always on the watch for cheating and anyone caught cheating was fined. The money was used to set up statues of Zeus, the patron god of Olympia.

Were there any sports featured that we’d deem unacceptable today?

I think the event which would make the modern pause is the pancratium. It was one of two wresting events staged by the Greeks. Upright wrestling was a hard sport but the way to win was to throw your opponent three times. The pancratium involved ground wresting and the way to win was to inflict enough pain on your opponent to make him surrender. So fatalities could occur. Even ancient boxing might have elements which we would ban. Modern research suggests that as well as fist fighting ancient boxing also allowed slapping and even upward thrusts to the chin with the open palm, a very dangerous move which can cause brain damage and even death.

How did athletes compare from the ancient to modern games in their level of fitness and preparation ?

The training was tough. Athletes develop a reputation in Greece for asceticism. The best devote themselves wholeheartedly to the sport. Plutarch tells us a nice story about one athlete who avoided not just the distraction of sex but the distraction of talk of sex: ‘Kleitomachos the wrestler was a source of wonder for rising and getting away when any one talked of love (eros).’ The story is exaggerated but it tells us something about the perception of athletic training.

From the very beginning committed athletes would hire professional trainers to get them to the peak of fitness. And from the earliest period there were events for boys. So people must have begun training very early in life and there must have been a lot of talent spotting right from the start.

It’s quite difficult to make direct comparisons in detail, because the ancients were never interested in record keeping (fastest, longest, biggest, furthest). They only cared about winning and losing, winners and losers. Number of victories counted for a lot always, but not the specifics, though presumably individuals then as now would remember the great achievements of athletes they had seen.

Were the Ancient Olympics just about sport?

Sport is never just about sport. Winning mattered to cities and to individuals. For individuals there was prestige. But more than just prestige. We have good evidence, especially for the classical period, that successful athletes could use the prestige from the games as a jumping off point for a political career. A good example comes from Thucydides (6.16), who has the politician Alcibiades claim before a mass audience in democratic Athens that his chariot vistories at Olympia brought glory to Athens in the eys of the Greek world – and that this gives him a claim to political influence: ‘Athenians, I have a better right to command than others . . .. The Greeks, after expecting to see our city ruined by the war, concluded it to be even greater than it really is, by reason of the magnificence with which I represented it at the Olympic games, when I sent into the lists seven chariots, a number never before entered by any private person, and won the first prize, and was second and fourth, and took care to have everything else in a style worthy of my victory. Custom regards such displays as honourable, and they cannot be made without leaving behind them an impression of power’. That this could be said in the most democratic city inGreecetells us a lot about athletics and politics.

We also find autocratic regimes using the lustre of athletic victory as a means of generating a ‘feelgood’ factor among the population, mirrored for instance in the way the Sicilian tyrants would stamp coins in celebration of success.