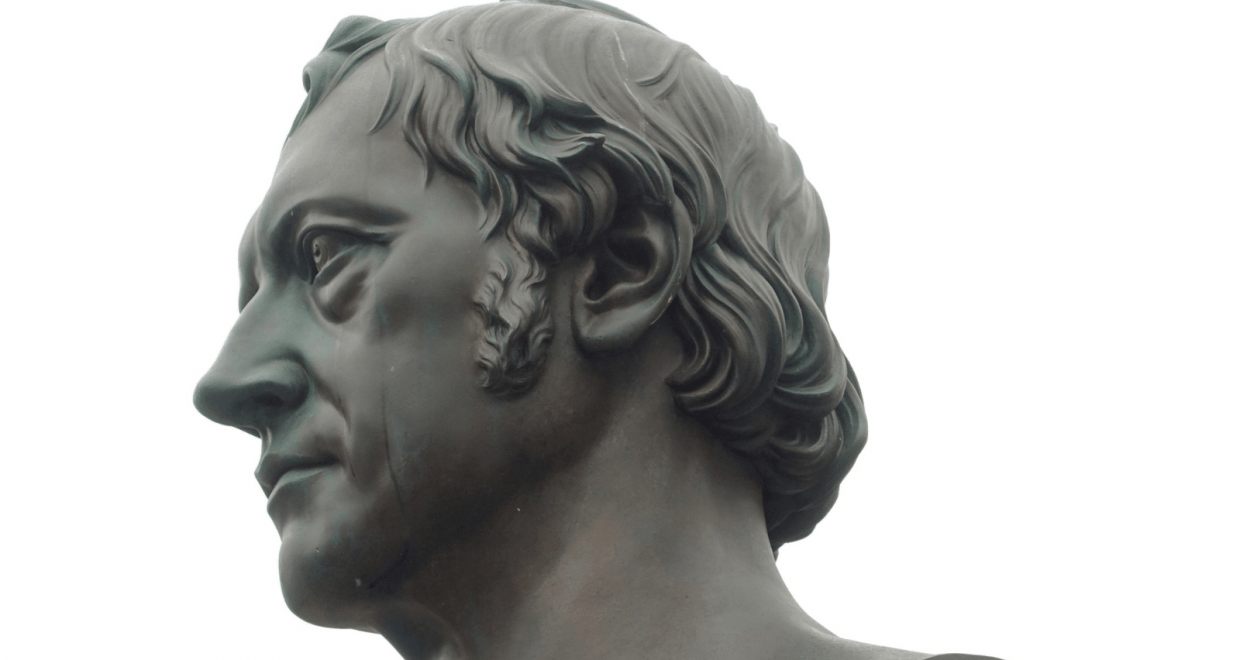 Why is there something rather than nothing? The fact of existence cannot be explained by an appeal to any beings, since this would assume what it wants to prove. Nishida Kitarō, the Japanese philosopher and founder of the Kyoto School, therefore proclaimed that only nothingness can be the ultimate source of existence.

What is this nothing, however? For Nishida, it is the place (Basho) of absolute nothingness—a nothingness that is beyond all beings. Articulated this way, absolute nothingness can be nothing other than a self-contradictory identity: it is the being beyond all beings. But how can something come from nothing? In The Logic of the Place of Nothingness and the Religious Worldview, Nishida argues that only a paradoxical logic can account for the existence of the world.

Hegel asserted a profound influence on Nishida’s philosophy. Nishida wrote that Hegel’s thinking was closer to his own than that of any other philosopher, and at various points in his career appropriates Hegelian terms and formulae such as ‘concrete universal,’ ‘dialectic’ and ‘negation of negation.’ In his Basho Nishida proclaims that awareness of the truth of contradiction permeating all things demands an appeal to Hegel’s theory of conceptual knowledge. Nishida found a kindred spirit in Hegel, who in his Science of Logic proclaimed every concept to be contradictory.

Tosaka Jun would even claim that Nishida deepened the tradition of German Idealism by expressing it in its purest form. To the iconic three figures of the tradition, Fichte, Schelling, and Hegel, we ought to add a fourth: Nishida. Following Tosaka, we can ask: does Hegelian philosophy find its fulfillment in Kyoto?

Tosaka, in his polemics against Nishida, certainly over-simplified Nishida’s philosophy. Nishida’s philosophy is not a repetition of Hegel, but integrates Hegelian concepts in order to transcend them. Nishida shares Hegel’s profound insight that the existence of beings can only be explained if one begins without any foundations. For Nishida, however, this demand can only be fulfilled if one begins from nothing—not being. As is typical of the Kyoto School, Nishida creatively integrates elements of many philosophical and religious traditions beyond Hegel, from Neo-Kantianism to Daoism and Zen.

Tanabe Hajime, another prominent figure of the Kyoto School, developed his own unique paradoxical logic. Despite his various disagreements with Nishida and Hegel, Tanabe too would admit that it was Hegel who inspired his own concept of paradoxical logic. However, while Hegel insisted on the unlimited power of the concept to account for all things, Nishida and Tanabe’s paradoxical logics protested that the trans-conceptual both condition and thoroughly permeate everything conceptual. Nishida and Tanabe were not wrong to invoke Hegel as inspiration for the questions that haunted them. In Hegel’s Foundation Free Metaphysics I defend the view that Hegel advances a logic of self-contradiction in order to account for the very existence of the world. In short, Hegel in Kyoto teaches us that a path to an inter-cultural philosophy can be forged without forsaking the sacred vocation of philosophy to contemplate the Absolute.