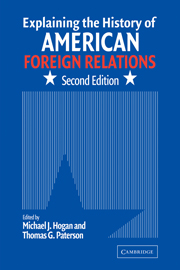 Let us start with two sentences that interpret an event. First, “the missile struck the target in a clean hit.” Second, “The ceiling of the factory burst open, and most of the people working there burned to death in the ensuing blaze.” Although both accounts describe the same event, the nature of the event appears wholly different in each. There are no people in the first account, and the described action is positive: targets are supposed to be hit, and this target was hit “cleanly.” The second account describes, with emotion-provoking detail, what happened inside the target, and it is likely to prompt feelings of horror rather than of satisfaction at a job well done. To observers inside the factory, the target would appear anything but “clean.” A historian writing from one point of view will write a very different story from the historian writing from another point of view. “Just facts” are never “just.”

Facts reflect in various ways the vantage point and the identity of who is compiling or describing them. What we might otherwise dismiss as “just words” constitutes language, a system that reflects and creates meaning. Scholars can discern historical evidence in the assumptions and the logic (rational and emotional) in embassy telegrams, diaries, films, and other texts. Moreover, our stories about the past and the present and our stories about our experiences and the experiences of others are not real in some ultimate way, but rather are cut out of, or fore-grounded in, a reality that can be perceived only through our culturally and historically conditioned perspectives.