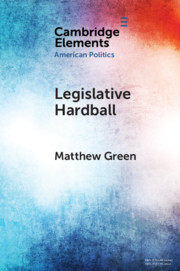 Assertive bargaining occurs from time to time in the US Congress. It became an important feature of legislative negotiations within the House Republican Party when, following the 2014 elections, a group of organized conservatives called the House Freedom Caucus regularly issued threats against its own party's leadership. Such behavior by an ideologically extreme bloc of lawmakers is not accounted for by existing theories of legislative politics. This Element posits explanations for why such threat-making might occur and what might increase its likelihood of success, then tests those explanations using the Freedom Caucus as a case study.