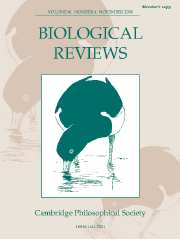 Mechanisms and evolution of deceptive pollination in orchids

The orchid family is renowned for its enormous diversity of pollination mechanisms and unusually high occurrence of non-rewarding flowers compared to other plant families. The mechanisms of deception in orchids include generalized food deception, food-deceptive floral mimicry, brood-site imitation, shelter imitation, pseudoantagonism, rendezvous attraction and sexual deception. Generalized food deception is the most common mechanism (reported in 38 genera) followed by sexual deception (18 genera). Floral deception in orchids has been intensively studied since Darwin, but the evolution of non-rewarding flowers still presents a major puzzle for evolutionary biology. The two principal hypotheses as to how deception could increase fitness in plants are (i) reallocation of resources associated with reward production to flowering and seed production, and (ii) higher levels of cross-pollination due to pollinators visiting fewer flowers on non-rewarding plants, resulting in more outcrossed progeny and more efficient pollen export. Biologists have also tried to explain why deception is overrepresented in the orchid family. These explanations include: (i) efficient removal and deposition of pollinaria from orchid flowers in a single pollinator visit, thus obviating the need for rewards to entice multiple visits from pollinators; (ii) efficient transport of orchid pollen, thus requiring less reward-induced pollinator constancy; (iii) low-density populations in many orchids, thus limiting the learning of associations of floral phenotypes and rewards by pollinators; (iv) packaging of pollen in pollinaria with limited carry-over from flower to flower, thus increasing the risks of geitonogamous self-pollination when pollinators visit many flowers on rewarding plants. All of these general and orchid-specific hypotheses are difficult to reconcile with the well-established pattern for rewardlessness to result in low pollinator visitation rates and consequently low levels of fruit production. Arguments that deception evolves because rewards are costly are particularly problematic in that small amounts of nectar are unlikely to have a significant effect on the energy budget of orchids, and because reproduction in orchids is often severely pollen-, rather than resource-limited. Several recent experimental studies have shown that deception promotes cross-pollination, but it remains unknown whether actual outcrossing rates are generally higher in deceptive orchids. Our review of the literature shows that there is currently no evidence that deceptive orchids carry higher levels of genetic load (an indirect measure of outcrossing rate) than their rewarding counterparts. Cross-pollination does, however, result in dramatic increases in seed quality in almost all orchids and has the potential to increase pollen export (by reducing pollen discounting). We suggest that floral deception is particularly beneficial, because of its promotion of outcrossing, when pollinators are abundant, but that when pollinators are consistently rare, selection may favour a nectar reward or a shift to autopollination. Given that nectar-rewardlessness is likely to have been the ancestral condition in orchids and yet is evolutionarily labile, more attention will need to be given to explanations as to why deception constitutes an ‘evolutionarily stable strategy’.

Mechanisms and evolution of deceptive pollination in orchids
×

Mechanisms and evolution of deceptive pollination in orchids
×

Mechanisms and evolution of deceptive pollination in orchids
×
×