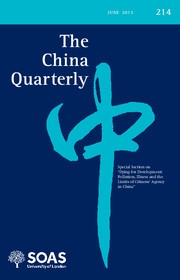 Special Section on Dying for Development