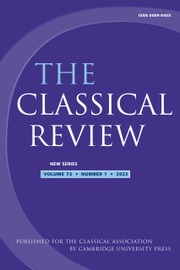 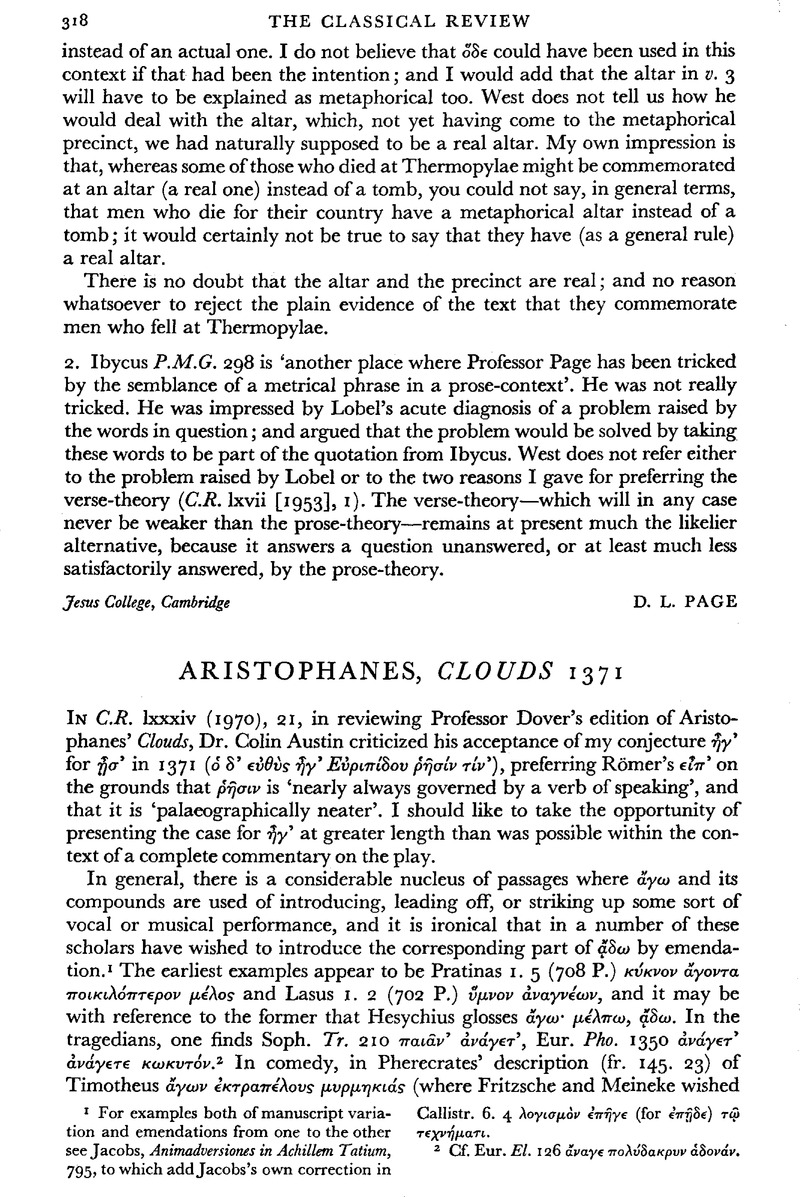 page 319 note 5 Pheidippides had already (1358) contemptuously rejected his father's invitation to sing. Although Webster, T. B. L. (The Tragedies of Euripides, 159)Google Scholar refers to the ‘singing’ of the prologue speech of the Aeolus, quoting also Suet. Nero 21 cantavit Canacen parturientem as evidence for singing of even non-lyric parts of tragedy, one notices that translators of the Clouds tend to avoid the true meaning of ᾖσ', which they read in 1371, e.g. ‘he began the shameful tale’ (Rogers), ‘then he commenced a piece’ (Athenian Society translation), ‘Pheidipides … would do nothing but recite a scandalous speech of Euripides' (Harriott, B.I.C.S. ix ‘1962’, 4). If, as Webster surmises (op. cit. 158), the prologue speech by the nurse (?) which proclaimed the incest of Canace and Macareus is the rhesis which Pheidippides began, it is unlikely to have had any very notable lyrical quality about it. There is one later and doubtful piece of evidence for singing of a Euripidean rhesis, in Luc. Hist. Conscr. 1 (v.l. μ⋯λει) διεξῄεσαν, and the second of the Oslo musical fragments (Fragments of New Tragic Texts with Musical Notation, ed. Eitrem, Amundsen, Winnington-Ingram), shows that musical settings of tragic trimeters were made about Lucian's time. But Lucian himself (Salt. 27 ⋯νι⋯τε κα⋯περιᾴδων τ⋯ ἰαμβεῖα) regards this as a perverse practice; the probable reading is in fact ⋯ν μ⋯ρει (cf. Symp. 17), and in any case this is not relevant evidence for the time of Aristophanes.