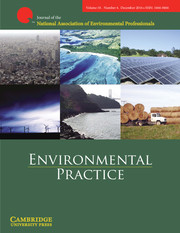 Many Chinese economic actors in Africa have come under harsh criticism for the alleged environmental impact of their activities. This impact is not always documented, is uneven across the continent, and should be compared to that of business actors from other countries—in particular from the OECD. One major factor accounts for the recorded differences: the policy and regulatory framework within which these business actors operate. The African weak state is not conducive to the adoption of robust standards and their subsequent implementation. However, the shift in Chinese policy at home on environmental issues is already producing some changes for the state-owned companies, and there is a growing concern in China's leading circles about the international image of the nation and its companies turning global.