At the Intersection of Global Law, Science and Policy 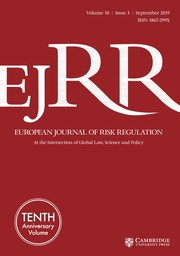