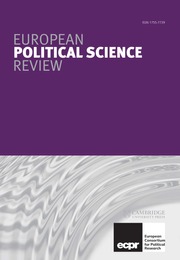 Hurricane or fresh breeze? Disentangling the populist effect on the quality of democracy

Are populist actors more like a hurricane that risks undermining democracy? Or do they aim for a different type of democracy, which strengthens popular control? This article offers one of the most extensive, systematic analyses on the impact of populism on multiple functions of the Quality of Democracy. Going beyond the view of ‘high-’ or ‘low-quality’ democracies, we emphasize that the Quality of Democracy is related to multiple dimensions or ‘functions of democracy’, characterized by important trade-offs. We argue that populist actors exert differentiated effects across these functions, depending on their degree of government access and host ideology. Our analysis relies on a new disaggregated dataset covering 53 established democracies in diverse world regions over the period between 1990 and 2016. We find that populist actors increase participation and representation, especially if they are confined to the opposition and especially if they belong to the political left-wing. In contrast, we find a negative impact of populists across the spectrum on institutional safeguards, such as the rule of law and state transparency. In sum, our findings indicate that populism has a variable impact on multiple aspects of democratic quality which should be systematically investigated in a disaggregated manner that is sensitive to these differences.

We are very grateful to Michelle Roos for invaluable coding assistance.

Hurricane or fresh breeze? Disentangling the populist effect on the quality of democracy
×

Hurricane or fresh breeze? Disentangling the populist effect on the quality of democracy
×

Hurricane or fresh breeze? Disentangling the populist effect on the quality of democracy
×
×