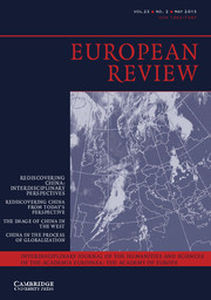 The Image of China in the West

China in the Process of Globalization