Autocracy Strikes Back: Authoritarian Resurgence in the Early 21st Century 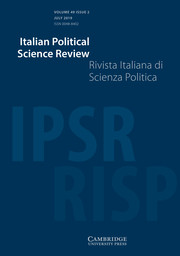