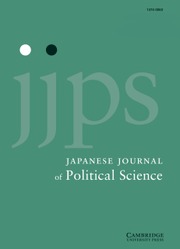 Japan and the Myanmar Stalemate: Regional Power and Resolution of a Regional Problem

For years Myanmar has been caught in a political stalemate generated both by deadlock between the military government and the democratic opposition, and by polar differences between China and the United States. In searching for ways forward, analysts might therefore want to look beyond these dominant actors. This article considers the contribution that a regional power, Japan, could make to political change. It examines first political stalemate in Myanmar, second Japan as a regional power, third Japanese engagement with Myanmar, fourth Japan and resolution of the Myanmar problem, and fifth future possibilities. The argument is that strong historical ties and good relations inside and outside Myanmar put Japan in a pivotal position. As part of its reassurance diplomacy in East Asia, Japan should take the lead in tackling this regional problem.

Since a May 1990 general election that saw the National League for Democracy (NLD) secure a landslide victory and the ruling State Law and Order Restoration Council (SLORC) respond by reinforcing its dictatorship, Myanmar has been in political stasis. Although progress has been made on some fronts, notably in relations between the State Peace and Development Council (SPDC), as the military junta is now known, and the insurgent rebel armies with which it long fought civil wars, the uneasy political deadlock that settled on the country some 15 years ago has not been broken. Furthermore, within a complex internal context, the standoff between the two major protagonists from 1990 remains critical. Now, as then, the NLD, brandishing democratic legitimacy, charismatic leader Aung San Suu Kyi and latent popular support, confronts the military junta, wielding guns, power, and fear.

I am grateful to the Southeast Asia Research Centre, City University of Hong Kong for research support.
I thank three anonymous reviewers for constructive and insightful comments. The usual disclaimer applies.

Japan and the Myanmar Stalemate: Regional Power and Resolution of a Regional Problem
×

Japan and the Myanmar Stalemate: Regional Power and Resolution of a Regional Problem
×

Japan and the Myanmar Stalemate: Regional Power and Resolution of a Regional Problem
×
×