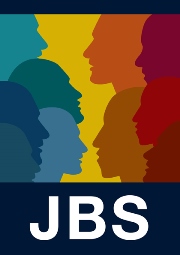 CONSANGUINITY, CASTE AND DEAF-MUTISM IN PUNJAB, 1921

The effects of religion, population sub-division and geography on the prevalence of deaf-mutism were investigated using information collected in the 1921 Census of Punjab. The total sample size was 9·36 million, and comprised data on thirteen Hindu castes, seventeen Muslim biraderis and two Sikh castes. A two-way analysis of variance comparing males in Hindu castes in which consanguineous marriage was prohibited, with males in Muslim biraderis which favoured first cousin marriage, indicated major differences with respect to the patterns of deaf-mutism within each religion. In the Muslim population 9·1% of the relative variation in the prevalence of deaf-mutism was inter-biraderi, 36·8% between geographical regions, and 48·8% an interaction between biraderi and region, whereas among Hindus 46·8% of the observed variation was inter-caste, 12·8% inter-region and 33·6% due to caste–region interaction. From a wider disease perspective the results obtained with the Hindu community indicate the significant genetic differentiation associated with caste endogamy. As the overwhelming majority of Hindu marriages continue to be within-caste, it can be predicted that similar levels of inter-caste differences in disease frequency currently exist. By comparison, the lower level of inter-biraderi variation among Muslims is probably indicative of the dissolution of pre-existing caste boundaries and the resultant gene pool mixing that followed the large-scale conversion of Hindus to Islam during Muslim rule in North India from the 13th to the 19th centuries.

CONSANGUINITY, CASTE AND DEAF-MUTISM IN PUNJAB, 1921
×

CONSANGUINITY, CASTE AND DEAF-MUTISM IN PUNJAB, 1921
×