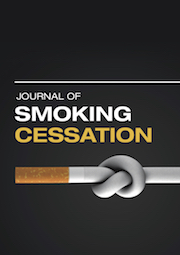 Introduction: The tobacco epidemic is surging in developing countries. While the determinants of tobacco use are well known, it is less certain whether they are similar in developed and developing countries. This has important ramifications for the implementation of interventions locally. This qualitative study explored the determinants and importance of context on tobacco use in Pakistan. Methods: Focus group discussions were conducted in two districts with doctors, nurses and patients from local tuberculosis clinics. Results: Peer influence, social acceptability, affordability and visibility of tobacco, public understanding and personal perception of risks influence tobacco use. Individual factors, such as personal curiosity, adversity and stress, also affected tobacco uptake and use. Patients were willing to pay for effective cessation treatment provided the costs were comparable to their expenditure on tobacco. Discussion: Factors such as peer and social influences are similar to those reported elsewhere. However, local variations exist in the degree of sociocultural acceptability, visibility of tobacco use, public understanding of risks and individual situational factors that influence tobacco use. Patients are prepared to pay for treatment, but there are gender differences in what can be afforded. For tobacco cessation interventions to be effective, local adaptations are essential to ensure cultural and contextual appropriateness.