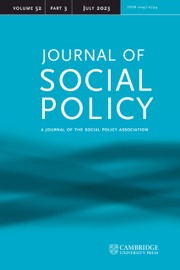 Early Occupational Aspirations and Fractured Transitions: A Study of Entry into ‘NEET’ Status in the UK

There has been significant recent research and policy interest in issues of young people's occupational aspirations, transitions to employment and the antecedents of NEET (not in employment, education or training) status. Many have argued that changes to the youth labour market over the past 30 years have led to transitions to work becoming more individualised, complex and troublesome for many, particularly those from poorer backgrounds. However, little research has examined the connection between early uncertainty or misalignment in occupational aspirations and entry into NEET status. This paper draws on the British Cohort Study to investigate these issues, and finds that young people with uncertain occupational aspirations or ones misaligned with their educational expectations are considerably more likely to become NEET by age 18. Uncertainty and misalignment are both more widespread and more detrimental for those from poorer backgrounds. These findings are discussed in the context of recent research and debates on emerging adulthood and the youth labour market.

Early Occupational Aspirations and Fractured Transitions: A Study of Entry into ‘NEET’ Status in the UK
×

Early Occupational Aspirations and Fractured Transitions: A Study of Entry into ‘NEET’ Status in the UK
×

Early Occupational Aspirations and Fractured Transitions: A Study of Entry into ‘NEET’ Status in the UK
×
×