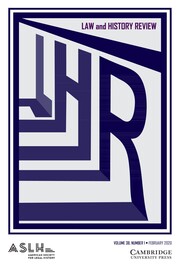 Forum: Regulating Age of Consent in the British Empire