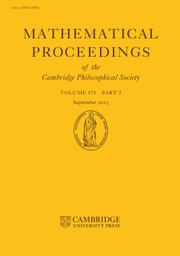 The derivative dV/dt is allowed to be strictly semi-(F) and the locus dV/dt = 0 does not contain any arc of the system trajectory. It is then shown that the coefficient matrix A(t) of the exponentially stable system is not identically equal to a unit matrix multiplied by a scalar. The result subsumes that of Lehnigk(1).