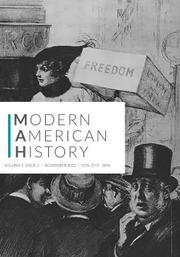 The Nature of Traveling Corpses 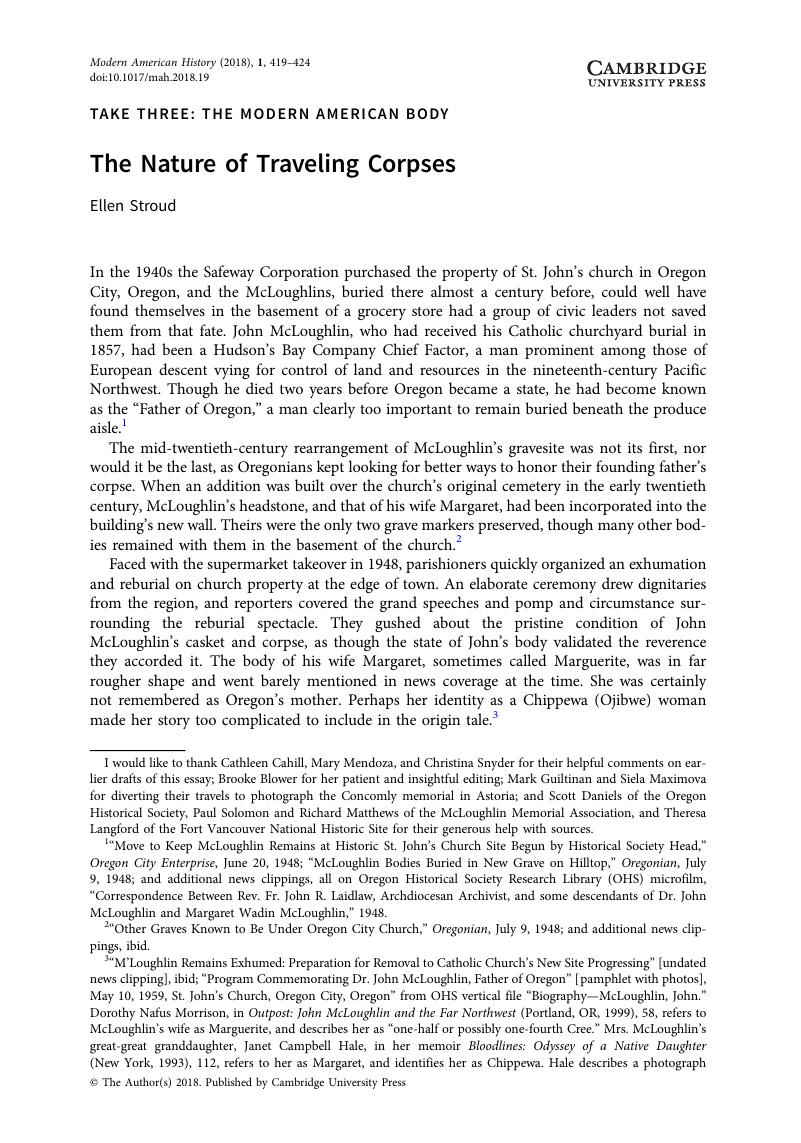 I would like to thank Cathleen Cahill, Mary Mendoza, and Christina Snyder for their helpful comments on earlier drafts of this essay; Brooke Blower for her patient and insightful editing; Mark Guiltinan and Siela Maximova for diverting their travels to photograph the Concomly memorial in Astoria; and Scott Daniels of the Oregon Historical Society, Paul Solomon and Richard Matthews of the McLoughlin Memorial Association, and Theresa Langford of the Fort Vancouver National Historic Site for their generous help with sources.

2 “Other Graves Known to Be Under Oregon City Church,” Oregonian, July 9, 1948; and additional news clippings, ibid.

3 “M'Loughlin Remains Exhumed: Preparation for Removal to Catholic Church's New Site Progressing” [undated news clipping], ibid; “Program Commemorating Dr. John McLoughlin, Father of Oregon” [pamphlet with photos], May 10, 1959, St. John's Church, Oregon City, Oregon” from OHS vertical file “Biography—McLoughlin, John.” Morrison, Dorothy Nafus, in Outpost: John McLoughlin and the Far Northwest (Portland, OR, 1999), 58Google Scholar, refers to McLoughlin's wife as Marguerite, and describes her as “one-half or possibly one-fourth Cree.” Mrs. McLoughlin's great-great granddaughter, Hale, Janet Campbell, in her memoir Bloodlines: Odyssey of a Native Daughter (New York, 1993), 112Google Scholar, refers to her as Margaret, and identifies her as Chippewa. Hale describes a photograph of Margaret McLoughlin in which “Her hair, though she is in her seventies, is still mostly dark. She wears it parted in the middle and neatly pinned back. Mrs. McLoughlin is dressed like a white woman. But she is not white. She is an Indian. She was a Chippewa, my mother told me” [italics in the original].

4 For an analysis of this widespread phenomenon, see O'Brien, Jean M., Firsting and Lasting: Writing Indians Out of Existence in New England (Minneapolis, 2010)CrossRefGoogle Scholar.

8 Harvey, “Chief Concomly's Skull”; Lindquist, “Stealing From the Dead”; Evada R. Power, “Skull of Famous Chinook Chieftain Returned to America for Museum,” Redmond Spokesman, May 21, 1953, from OHS vertical file “Indian Chiefs—Concomly”; and Stewart, T. D., “The Chinook Sign of Freedom: A Study of the Skull of the Famous Chief Comcomly,” Annual Report of the Board of Regents of the Smithsonian Institution (1959): 563–76Google Scholar. Concomly's skull was displayed and then in storage at the Royal Naval Hospital at Haslar, near Portsmouth, for over a century before the Clatsop County Historical Society learned of it and arranged its return to Oregon. For more on race, racism, and the collecting of Native American skulls, see Fabian, Ann, The Skull Collectors: Race, Science, and America's Unburied Dead (Chicago, 2010)CrossRefGoogle Scholar; and Redman, Samuel J., Bone Rooms: From Scientific Racism to Human Prehistory in Museums (Cambridge, MA, 2016)CrossRefGoogle Scholar.

11 “The Astoria Column—A Crowning Monument,” The Astoria Column, https://astoriacolumn.org/ (accessed Oct. 5, 2017). See Jean O'Brien's Firsting and Lasting for a discussion of the widespread phenomenon of European Americans imagining and memorializing “disappearing,” “disappeared,” and “last” Native Americans, even in the face of strong evidence of continued Native American presence.

13 Meriwether, “Ilwaco Cemetery to Be the Final Resting Place for a Great Chief of the Chinook Indians.”

The Nature of Traveling Corpses
×

The Nature of Traveling Corpses
×

The Nature of Traveling Corpses
×
×