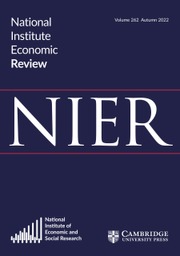 Productivity: Past, Present and Future Introduction

“[T]echnology remains the dominant engine of growth … if we suppose that all … countries had access to roughly the same pool of technological innovations, then it appears that the ones that invested fastest were best able to take advantage of the available knowledge … it could be the case that some countries are better able to exploit the common pool of technological progress than others, for reasons that have nothing to do with the rate of capital formation; but in exactly those technologically progressive countries investment is most profitable, so naturally the rate of investment is higher. Or else rapid technical progress and high investment could both be the result of some third factor, like the presence of conditions that encourage entrepreneurial activity. High investment and fast technical progress will then go together.”

There continues to be considerable discussion in all of polite society about the causes of the productivity puzzle. Commissions and Inquiries have been set up and answers sought with the most recent, the Industrial Strategy Council, having its inaugural meeting in November 2018. The National Institute of Economic and Social Research (NIESR) has long championed the study of aggregate, sectoral, firm-level and regional productivity, as well as international comparisons of secular trends in productivity performance, indeed we published our first work on this topic in 1948 by Rostas on The Comparative Productivity in British and American Industry (CUP). Disappointing recent performance in TFP and labour productivity weakness has become one of the most striking characteristics of the UK's recent economic history. Output per hour worked grew by around 0.5 per cent per quarter on average in the decade prior to 2008, and has been broadly flat over the past decade, with implications for earnings, household income and macroeconomic management (see Reference ChadhaChadha, 2017).

In the 80th Anniversary issue of this Review Reference Mason, O'Mahony and RileyMason et al. (2018) emphasised the need for better measurement of firm and industry level and, in particular, the different forms of capital, and suggested that a fundamental deficiency in the UK was in the attainment of high-level skills and advanced management practices. They also called for a better analysis of firm revenues and asked to what extent it reflected pricing to market or genuine productivity. This latter question is particularly germane as more output derives from the service sector and also relates to internet-based search and provision rather than production per se. These developments compound the long-standing underperformance of UK productivity compared to that in similarly advanced economies. This Review considers some potential explanations for the productivity slowdown and productivity performance differentials across countries and firms.

We start by looking at labour hours with an overview paper by Nicola Fuchs-Schündeln (Goethe University Frankfurt) which was given at the Institute in April 2018 as the Anglo-German lecture. She finds that there are differences in labour supply worked across countries. For example there are substantially more hours worked (intensive margin) in poor than in rich countries. And this seems to have implications for employment levels (extensive margin) with, for example, employment rates tending to be higher and weekly hours worked lower in Western Europe and Scandinavia than in the US, with the opposite being true in Eastern and Southern Europe. Last, among core-aged individuals, married women form the group that exhibits the largest differences in hours worked across countries. International differences in taxation, and especially in the tax treatment of married couples, are an important driver of these differences. Taxes can be shown to induce large changes in labour supply, some more imaginative use of tax policies might also yield better economic outcomes (see Chadha et al., 2001, for a joint explanation of output fluctuations where labour supply choices interact with productivity), in particular by encouraging the adoption of new technologies and the re-training of staff and management.

Nick Crafts (Warwick) provides a survey of post-war productivity patterns with an emphasis on the influence of the EU. On average, UK productivity performance has persistently been disappointing in comparison to its main trading partners. He argues that joining the EU was not to blame, as EU membership was actually an integral part of the structural reform programme and had a significant positive impact. Over the long run, UK supply-side policies have been badly designed in various different ways. These design faults have not been the result of constraints imposed by EU membership but rather the consequence of domestic government failure. He argues that there is no reason to think that EU exit will lead, either directly or indirectly, to improvements in UK productivity outcomes.

Richard Harris (Durham) and John Moffat (Durham) use plant-level estimates of total factor productivity over some 40 years to examine the role productivity has played in the decline of output share and employment in British manufacturing. The results show that TFP growth in British manufacturing was negative between 1973 and 1982, marginally positive between 1982 and 1994 and clearly positive between 1994 and 2012. Poor TFP performance therefore does not appear to be the main cause of the decline of UK manufacturing, from over 30 per cent of output at the start of their period to only slightly above 10 per cent by the end of the period. Productivity growth decompositions show that, in the latter period, the largest contributions to TFP growth come from foreign-owned plants, industries that are heavily involved in trade, and industries with high levels of intangible assets. In this sense better productivity performance in manufacturing would not necessarily guarantee an increasing manufacturing share of activity.

Eric Bartelsman (Tinbergen Institute), Paloma Lopez-Garcia (ECB) and Giorgio Presidente (World Bank) provide empirical evidence on the cyclical features of labour reallocation in a sample of European Union (EU) countries since the Great Recession and during the slow – what is tempting to call the stagnant – recovery. They use cross-country micro-aggregated data on firm dynamics and productivity from release of the ECB's CompNet database. While productivity-enhancing reallocation is generally counter-cyclical, so that it would be expected to provide a silver lining in downturns, it turned to be quite weak during the Great Recession in the EU, but there is some evidence that it reverted back to more normal patterns more recently. It seems likely that the very nature of a financial crisis might be to prevent reallocation of capital but also the operation of the monetary union, with pockets of deficient demand, may prevent some relocation of capital as landscapes are scarred with low levels of employment and activity.

In his magisterial inquiry into economic development, Robert Reference LucasLucas (1988), called for a theory of economic development to help us understand why advanced country growth rates in income per head were so stable and why some poorer countries suddenly underwent large changes in growth rates, “both up and down”. Some 30 years on we now have a situation where the advanced country growth rates also seem to have become unhinged and some have fallen by more than the others. But the answers to the question seem to be well understood, it is more that the political will for the implementation of solutions seems extraordinarily weak. Why?

Productivity: Past, Present and Future Introduction
×

Productivity: Past, Present and Future Introduction
×

Productivity: Past, Present and Future Introduction
×
×