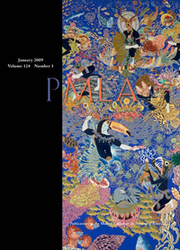 The Neobaroque and the Americas