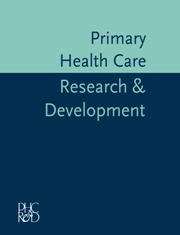 Comorbidity indices: a call for the integration of physical and mental health

Administrative data sets, including Electronic Medical Records (EHR) extractions and insurance claim databases, are commonly used in the health services research (HSR) literature to examine clinical, population health, and programmatic research questions. One commonly employed method to control for patient disease severity is to include a comorbidity or severity index. Two such methods, the Charlson Comorbidity Index (Charlson et al., Reference Charlson, Pompei, Ales and Mackenzie1987) and the Elixhauser Comorbidity Measure (Elixhauser et al., Reference Elixhauser, Steiner, Harris and Coffey1998) have been jointly cited over 20 000 times in the literature. Both measures provide a baseline medical comorbidity adjustment to researchers and estimates of clinical prognosis to clinicians. In this paper, the term comorbidity will be used. However, a more apt term may be ‘multimorbidity,’ as this does not connote an index disease or any type of causal relationship between diseases, as comorbidity can.

The Charlson Comorbidity Index was created to prospectively evaluate the impact of multiple conditions on the risk of mortality for longitudinal studies (Charlson et al., Reference Charlson, Pompei, Ales and Mackenzie1987). In addition to predicting risk of death, the Charlson has been used to predict outcomes such as complications, length of stay during inpatient visit, and financial metrics (Klabunde et al., Reference Klabunde, Potosky, Legler and Warren2000). Validated as an approach to risk adjustment in claims-based research using International Classification of Disease (ICD)-9 codes (D’Hoore et al., Reference D’Hoore, Bouckaert and Tilquin1996), the Charlson Comorbidity Index is a useful tool in multiple areas of HSR and clinical prognosis. Calculated summary measures such as the Charlson Comorbidity Index assign weights to various medical conditions and then sum the weights present for each individual (Charlson et al., Reference Charlson, Pompei, Ales and Mackenzie1987). The sum of the weights represents the comorbidity score for each individual, with higher scores indicating higher 10-year mortality risk and higher predicted resource use. Although originally designed to predict morbidity, such indices are currently more frequently used in research settings. Despite the many strengths of the Charlson Comorbidity Index and Elixhauser Comorbidty Measure, such measures impose significant challenges to researchers who are interested in, and cognizant to, behavioral health comorbidities.

Not only are mental health and substance abuse comorbidities common occurrences but individuals with mental health conditions frequently sustain physical health comorbidities. For instance, among Medicaid recipients with serious and persistent mental illness, nearly 75% were diagnosed with at least one chronic health condition, and 50% were diagnosed with two or more chronic health conditions (Jones et al., Reference Jones, Macias, Barreira, Fisher, Hargreaves and Harding2004). Adults with severe mental illnesses are more likely to have several physical health conditions such as hypertension, diabetes, and lung diseases than their non-mental disordered counterparts (Sokal et al., Reference Sokal, Messias, Dickerson, Kreyenbuhl, Brown, Goldberg and Dixon2004).The Robert Wood Johnson Foundation estimates that 68% of adults with a mental disorder have at least one medical condition, and 29% of adults with a medical condition have a mental disorder (Druss and Walker, Reference Druss and Walker2011). Due to a myriad of factors including low detection rates and inequitable access to care, individuals with serious and persistent mental illness have higher morbidity and mortality rates than matched controls (Dickey et al., Reference Dickey, Normand, Weiss, Drake and Azeni2002; Boardman, Reference Boardman2006).

In addition to what the data from many studies has demonstrated, medicine as a field may be experiencing a philosophical shift away from treating the mind and body as separate entities. As more diseases are found to have social and psychological underpinnings, medicine must adapt to treat individuals as a whole person, rather than a body separate from a mind (Mehta, Reference Mehta2011).

Several structural barriers hinder the integration of mental health measures into comorbidity indices, including documentation, and data extraction. Mental health professionals rely on the Diagnostic and Statistical Manual of Mental Disorders (DSM), currently in its fifth edition, whereas physical health providers lean on coding from the ICD, currently in its 10th edition. As both mental health and physical health providers may produce mental health diagnoses, a statistical model including a mental health severity measure would need to allow for the inclusion of either DSM-V or ICD-10 diagnoses. Additional consideration would be required to provide the appropriate variable weighting based on DSM-V or ICD-10 diagnoses, as the coding schemes to not directly correlate for disease severity or etiology.

To further the field of health-related research, an index for assessing comorbidity of mental health and substance abuse is essential and long overdue. Even better, a new measure should take into account both physical and behavioral health issues together to aid researchers in the transformation from siloed physical and mental health to a model where these two fields are no longer artificially separated between the mind and body.

Comorbidity indices: a call for the integration of physical and mental health
×

Comorbidity indices: a call for the integration of physical and mental health
×

Comorbidity indices: a call for the integration of physical and mental health
×
×