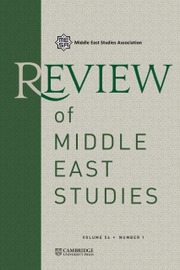 Towards the end of the decade long Iran–Iraq war, Saddam Hussein launched a deadly attack against the Kurds, known as the Anfal Campaign, killing more than a hundred thousand. One of the largest acts of genocide occurred on 18 March 1988 in the Kurdish city of Halabja. On that day, sweet-smelling poison gas was poured over the city, killing at least five thousand. Since 2001 Kurdish moviemakers have memorialized the tragedy of the Halabja massacre by producing cinematic dramas and narrative documentaries. These films are part of a discourse of authenticity and a politics of culture that permeate the Kurdish independence movement. This essay proposes that Halabja films can be divided into three stages: the era of consolidation, 2000 to 2009; the golden era, 2009 to early 2014; and the fall which followed the fall of Mosul to the Islamic State of Iraq and Syria. Each era reveals new attitudes towards politics, society, and the massacre.

6 Diyari is finally embraced by the community after a scene in which he witnesses a crowd suffering from the effects of a chemical attack and then relates his own recurring visions of the aftermath of Saddam's attacks on Qaladze when he was a child.

7 The famous Iranian Kurdish film director Bahman Ghobadi has produced a number of films that reference Anfal. While he is interested in promoting awareness of the plight of Kurds, he remains an independent filmmaker who is not heavily influenced by KRG politics. His films, even later ones, exemplify the period of consolidation. He highlights suffering, ignores feuding Kurdish political parties, and romanticizes Kurdish culture symbolized by music. Marooned in Iraq (2002) and Half Moon (2006) exemplify this trend.

15 He was the unelected President of Kurdistan until November 2017.