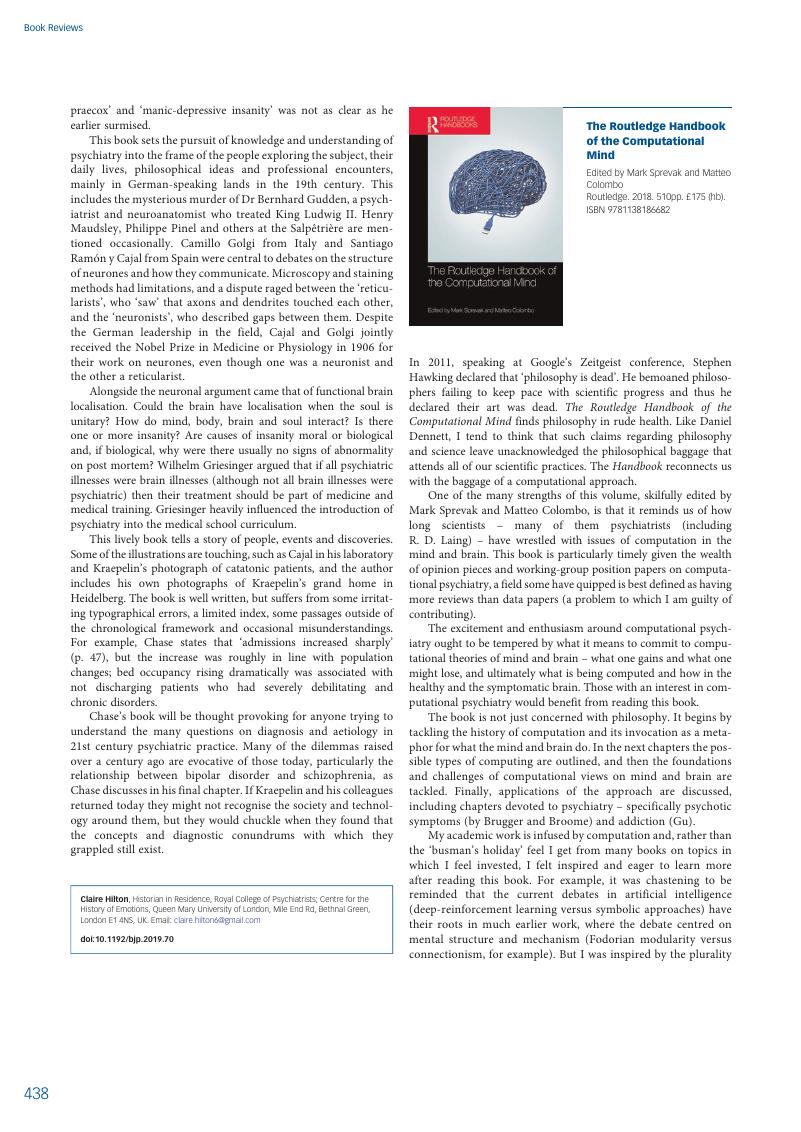 An abstract is not available for this content so a preview has been provided. To view the full text please use the links above to select your preferred format.
Type
Book Reviews
Information
The British Journal of Psychiatry , Volume 215 , Issue 1 , July 2019 , pp. 438 - 439
DOI: https://doi.org/10.1192/bjp.2019.79[Opens in a new window]
Copyright
Copyright © The Royal College of Psychiatrists 2019 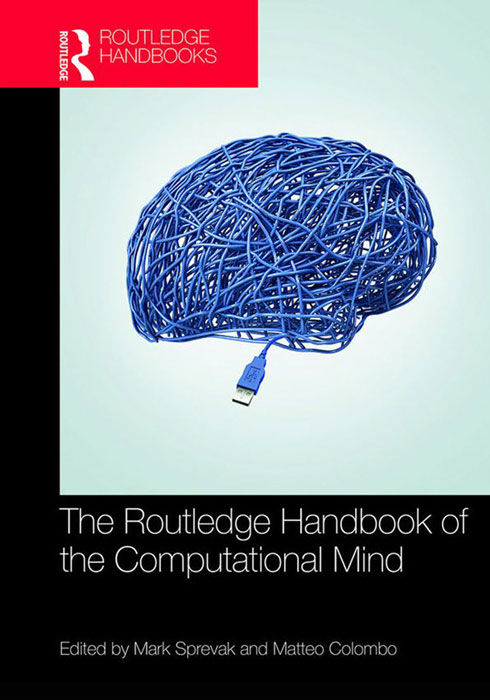 In 2011, speaking at Google's Zeitgeist conference, Stephen Hawking declared that ‘philosophy is dead’. He bemoaned philosophers failing to keep pace with scientific progress and thus he declared their art was dead. The Routledge Handbook of the Computational Mind finds philosophy in rude health. Like Daniel Dennett, I tend to think that such claims regarding philosophy and science leave unacknowledged the philosophical baggage that attends all of our scientific practices. The Handbook reconnects us with the baggage of a computational approach.

One of the many strengths of this volume, skilfully edited by Mark Sprevak and Matteo Colombo, is that it reminds us of how long scientists – many of them psychiatrists (including R. D. Laing) – have wrestled with issues of computation in the mind and brain. This book is particularly timely given the wealth of opinion pieces and working-group position papers on computational psychiatry, a field some have quipped is best defined as having more reviews than data papers (a problem to which I am guilty of contributing).

The book is not just concerned with philosophy. It begins by tackling the history of computation and its invocation as a metaphor for what the mind and brain do. In the next chapters the possible types of computing are outlined, and then the foundations and challenges of computational views on mind and brain are tackled. Finally, applications of the approach are discussed, including chapters devoted to psychiatry – specifically psychotic symptoms (by Brugger and Broome) and addiction (Gu).

My academic work is infused by computation and, rather than the ‘busman's holiday’ feel I get from many books on topics in which I feel invested, I felt inspired and eager to learn more after reading this book. For example, it was chastening to be reminded that the current debates in artificial intelligence (deep-reinforcement learning versus symbolic approaches) have their roots in much earlier work, where the debate centred on mental structure and mechanism (Fodorian modularity versus connectionism, for example). But I was inspired by the plurality that the editors and authors advocated; computational scientists can pick methods and approaches for specific problems and see how they afford a deeper or more satisfying explanation of a particular phenomenon.

I think Ada Lovelace (the first computer programmer) had it right: we should be wary of computationalism, but we should neither underrate nor overvalue the capacities of the analytical engine. The Handbook grounds computational psychiatry as a tool rather than a doctrine, a balanced and practical approach I suspect Lovelace would have endorsed.