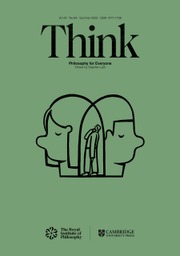 AGAINST MYTHICISM: A CASE FOR THE PLAUSIBILITY OF A HISTORICAL JESUS

A position that appears to be growing in popularity in atheist and rationalist circles is known as ‘mythicism’. According to this position we have no adequate reason to believe that the gospels refer to a historical figure called Jesus at all. This position of strong scepticism holds that the gospels are entirely mythological texts and that we are mistaken in reading them as embellished accounts of a man who lived and preached in the Middle East around 2000 years ago. I disagree with this position for a number of reasons. In particular, I contend that the apocalyptic material found on Jesus' lips and the hopes for a very real earthly historical transformation strongly suggest that there is an underlying historical basis to the claims that a man named Jesus made ‘prophetic’ statements about events that were expected to happen within his lifetime, and that this historical figure was considered by his band of followers to be the long awaited Messiah. The fact that hopes for eschatological transformation and claims of the coming of a Messiah are nothing more than religious mythological notions does not preclude there having been a historical figure to which these hopes were attached.

AGAINST MYTHICISM: A CASE FOR THE PLAUSIBILITY OF A HISTORICAL JESUS
×

AGAINST MYTHICISM: A CASE FOR THE PLAUSIBILITY OF A HISTORICAL JESUS
×

AGAINST MYTHICISM: A CASE FOR THE PLAUSIBILITY OF A HISTORICAL JESUS
×
×