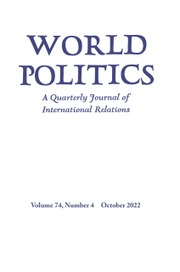 There is heated debate over the wisdom and effect of secrecy in international negotiations. This debate has become central to the process of foreign investment arbitration because parties to disputes nearly always can choose to hide arbitral outcomes from public view. Working with a new database of disputes at the world's largest investor-state arbitral institution, the World Bank's International Centre for Settlement of Investment Disputes, the authors examine the incentives of firms and governments to keep the details of their disputes secret. The authors argue that secrecy in the context of investment arbitration works like a flexibility-enhancing device, similar to the way escape clauses function in the context of international trade. To attract and preserve investment, governments make contractual and treaty-based promises to submit to binding arbitration in the event of a dispute. They may prefer secrecy in cases when they are under strong political pressure to adopt policies that violate international legal norms designed to protect investor interests. Investors favor secrecy when managing politically sensitive disputes over assets they will continue to own and manage in host countries long after the particular dispute has passed. Although governments prefer secrecy to help facilitate politically difficult bargaining, secrecy diminishes one of the central purposes of arbitration: to allow governments to signal publicly their general commitment to investor-friendly policies. Understanding the incentives for keeping the details of dispute resolution secret may help future scholars explain more accurately the observed patterns of wins and losses from investor-state arbitration as well as patterns of investment.