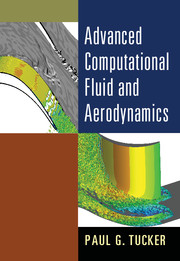 1 - The Need and Methods for Studying Aerodynamics

View PDF[Opens in a new window]
HTML view is not available for this content. However, as you have access to this content, a full PDF is available via the ‘Save PDF’ action button.

The age of chivalry has gone. That of…calculator's has succeeded and the glory of Europe is extinguished forever.

According to Slotnick et al. (2014), in 2025, air transport will contribute 1.5 billion tonnes of CO2 emissions annually. Of course, there are many other fluid dynamic engineering systems and processes that contribute to environmentally damaging emissions. Hence, it is critical to study aerodynamics with the view to creating more energy-efficient systems.

Broadly speaking, the design engineer has the following three options for informing decisions regarding aerodynamics:

Since its inception around the 1960s, computer based simulation has revolutionised fluid mechanics. The key area of computer simulation in fluid mechanics is called Computational Fluid Dynamics (CFD). It is generally taken as involving the solution of the full equations governing conservation of mass, momentum and energy in a fluid, with generally little simplification to these equations. Currently, mostly it is still best for a company to take advantage of all three of the above techniques. The development of CFD has been most strongly driven by the aerospace industry. CFD's name has sometimes been partly tarnished, with suggestions that the acronym should be standing for ‘Cheats Frauds and Deceivers’ or ‘Colourful Fluid Dynamics’. As with any experimental method, the use of CFD often requires extreme skill. CFD codes cannot be run by engineers (focused on extremely complex multidisciplinary design tasks) lacking some specialist training and without clear guidance. The modelling of turbulence has limited the accuracy of CFD, rendering the need for comparisons with test data (validation). The uncertainty in modelling turbulence has made CFD almost a postdictive method. However, with the power of modern computers, eddy-resolving techniques (the nearly exact flow equations solved to high accuracy) are beginning to emerge. Hence, we are beginning to move into a predictive era of CFD. In the future, the way in which CFD is used is likely to change substantially.

Generally with CFD simulations, the fluid flow field is divided into numerous small cells. Processes for carrying this out are described in Chapter 3. The flow-governing equations, described in Chapter 2, are solved locally for each of these cells. The solution process ensures mass, momentum and energy conservation between the cells.