Journal of the British Institute at Ankara 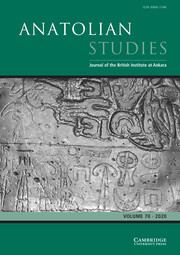