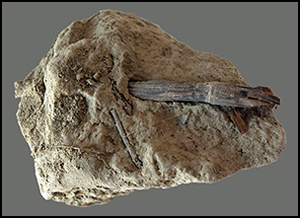 The architectural connections between western Central Asia and China are not well understood. Recent investigations at the Haermodun site in central Xinjiang reveals new evidence of the influence of western Central Asia on the construction of fortifications in China during the early first millennium AD.

Situated in the heart of Asia, the Xinjiang Uyghur Autonomous Region of China is a melting pot of Eurasian cultures. Researchers argue that western Central Asia has influenced the architectural forms of Xinjiang since prehistory, as suggested by the circular ground plans of many early historic (202 BC–AD 589) settlements (Lin Reference Lin1999). The circular ground plans, however, lack the necessary technical complexity and artistic idiosyncrasy to allow us to attribute their origin to western Central Asia convincingly. Our project combines aerial, ground and geophysical surveys and test excavations to investigate the architectural connections between western Central Asia and Xinjiang. Here we report the results of our preliminary survey of the Haermodun (Halamudeng) site in central Xinjiang.

Haermodun (42.3° north, 86.0° east) is a circular fortified settlement located on the northern bank of the Kaidu River in the Yanqi Basin (Figures 1–2a). With a radius of about 220m, it covers an area of approximately 15ha. The heights of the surviving outer fortification range from 1–2m, while its perimeter is 1140m (Figure 2d). A trapezoidal inner fortification, the remnants of which are about 1m high, is located in the north of the settlement. Consisting of curtain walls, bastions (towers) and a small ditch, the inner fortification has a perimeter of 360m, encircling an area of around 1.4ha. A survey conducted in the 1950s reported that the outer fortification had one gate on each side except for the eastern side (Huang Reference Huang1983). The same survey also suggested that there was a mound inside the inner city. Nevertheless, the current preservation at Haermodun does not allow us to locate either the gates or the mound. Another survey in the late 1980s reported the discovery of culture layers containing human bones and sherds north of Haermodun (Zizhiqu & Bazhou Reference Zizhiqu and Bazhou1993). During our survey, however, we identified only some undiagnostic redware sherds.

The chronology and cultural affiliation of Haermodun has long been debated. Archaeologists have dated the overall layout and surface finds to sometime between the Han (206 BC–AD 220) and the Tang (AD 618–907) dynasties (Huang Reference Huang1983). During this expedition, we obtained the first radiocarbon date for Haermodun by sampling reeds embedded in the inner fortification (Figure 2e–f). The AMS returned a date of 1820±30 BP (Beta-542955: AD 90–321 at 95.4%, date modelled in OxCal v.4.3.2 (Bronk Ramsey Reference Bronk Ramsey2017), using IntCal13 calibration curve (Reimer et al. Reference Reimer2013)). This new date suggests that Haermodun most likely was constructed during the late Eastern Han Dynasty (AD 25–220) or the Three Kingdoms period (AD 220–280). According to Houhanshu (Fan Reference Fan1959) and Sanguozhi (Chen Reference Chen1959), the official histories of these two dynasties, the local Yanqi Kingdom directly ruled the Haermodun area during these periods. The Eastern Han's control over this area was intermittent and its military presence was usually restricted to a few known strongholds. The polities in Inner China during the Three Kingdoms period had even weaker control over this region. Local agro-pastoralists could access resources in both the mountain and lowland ecosystems by building a settlement in the foothills. The Chinese troops, however, known from historical records to have primarily relied on farming for subsistence, could not easily sustain themselves in such a marginal area. Therefore, it was most likely the local population who were responsible for constructing Haermodun, and other contemporaneous and earlier circular fortified settlements in the Yanqi Basin area, such as Qigexing, Yuzigan (Uzgen Bulk), and Xiaoerdun (Lin & Li Reference Lin and Li2012).

Our most significant discovery was the semi-circular hollow bastions on the inner fortification (Figure 2b–c & e). It appears that the four corners of the inner fortification and the middle of its curtain walls, except for the one in the north, all have this form of outward-projecting bastions (Figure 3a). Bastions of this type have never been reported before in Xinjiang. In other parts of China, only some solid bastions of Lower Xiajiadian period (2200–1600 BC) sites in north-east China, such as Sanzuodian (Shelach et al. Reference Shelach, Raphael and Jaffe2011) and Kangjiatun (Liaoningsheng Reference Liaoningsheng2001), bear some resemblance to them in shape (Figure 3e–f). Nevertheless, none of those comparable bastions are hollow inside, indicating fundamental differences in their functions. More critically, the great chronological gap between them and Haermodun eliminates the possibility that the two are related.

In contrast, a wide variety of semi-circular, sub-circular, oblong and rounded bastions, predominately in the hollow form, were used in western Central Asia throughout the Bronze Age to the early historical period. Often splayed with loopholes, these hollow bastions allowed archers to attack offenders from the ground level in addition to the elevated positions on the top of ramparts. Gonur (2500–1700 BC) (Figure 3b) in Margiana and Dashli 1 (2000–1400 BC) in Bactria (Sarianidi Reference Sarianidi1993; Hiebert Reference Hiebert1994) contain some of the earliest examples of these bastions. During the Early Iron Age and the early historical period, semi-circular hollow bastions were common in both Bactria and Chorasmia (Khozhaniyazov Reference Khozhaniyazov2005; Koshelenko & Gaibov Reference Koshelenko and Gaibov2014). Although some of them began to assume other functions, for example those at Akchakhan-kala (late third to early second centuries BC), their semi-circular and hollow designs were undoubtedly derived from earlier military architectural forms (Figure 3d) (Kidd Reference Kidd2018). Some sites during this period such as Altyn Dilyar Tepe (600–300 BC) not only have similar bastions but also a layout similar to Haermodun (Figure 3c). Given these lines of evidence and the close cultural connections between Xinjiang and western Central Asia from the Bronze Age to the early historical period, we argue that the model for the semi-circular hollow bastions at Haermodun came from western Central Asia. Our ongoing research will continue to investigate the influence of western Central Asia on the architectural forms of Xinjiang by reconstructing the layout of Haermodun through geophysical surveys and test excavations.

This research was funded by the National Social Science Foundation of China (19CKG019) and the National Natural Science Foundation of China (41771223, 41771421). This project has received funding from the European Research Council (ERC) under the European Union's Horizon 2020 research and innovation programme (‘The Wall’ project, grant agreement 882894).