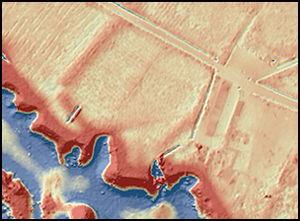 Taking a landscape-based approach, the Aurifer Tagus project has demonstrated the significance of gold mining in the Roman province of Lusitania. New radiocarbon dates reveal the foundation, use and abandonment of the Covão do Urso and Mina da Presa mining sites. Combined with ancient literature, this evidence sheds light on the territory's organisation and the evolution of its social structure.

The gold-rich sands of the River Tagus are one of the main symbols of abundance and opulence in Latin literature. Referred to repeatedly since its first mention in Catullus (19.18–20; Cornish Reference Cornish1962), the aurifer Tagus was for centuries a byword for the abundance of gold in Hispania and, consequently, the region's immense wealth (Fernández Nieto Reference Fernández Nieto1970). The archaeological analysis performed on Lusitania in this project has revealed the historical reality behind this fabled landscape.

Although the relevance of mining in Lusitania has not gone unnoticed by researchers (Edmonson Reference Edmonson1987; Domergue Reference Domergue1990), a summary assessing its real extent and impact is still lacking (Sánchez-Palencia & Currás Reference Sánchez-Palencia, Currás and Nogales2017). Detailed studies of specific mining areas are scarce, as are those addressing the relationship between mining and settlement evolution and territorial organisation, or those considering landscape evolution and transformation.

The objective of the Aurifer Tagus project is to understand better the social and territorial organisation of Lusitania during the Roman Empire, on the basis of a comprehensive study of mining landscapes and their multidimensional nature. This project is part of a broader research agenda that seeks further insights into the processes of territorial control and organisation in the provinces of the Roman Empire, and into the forms of exploitation of the territory (Sánchez-Palencia et al. Reference Sánchez-Palencia, Orejas, Sastre and Reduzzi2006; Orejas et al. Reference Orejas, Sastre, Zubiaurre, Zarzalejos, Hevia and Mansilla2012). A research strategy focusing on landscape archaeology, understood as the materialisation of historical processes, has been adopted and a thorough analysis of the territory has been carried out based on examinations of Roman gold-mining operations and evaluation of their impact on the provincial landscape.

Landscape archaeology is characterised by its comprehensive and inclusive nature, insofar as it combines different variables shaping the historical dimension of the territory, to obtain an overview of the historical processes involved. From an interdisciplinary perspective, this project has employed different methodologies, such as palaeoenvironmental and geoarchaeological analyses, geographic information technologies and remote-sensing techniques, that, together with the study of the literary and epigraphic sources, have made it possible to understand landscape as an historical process. It has also combined a broad and extensive study of Lusitania with an intensive and detailed analysis of specific mining areas.

Systematic application of remote-sensing techniques, combined with historical aerial photography and lidar, has enabled the identification and topographic analysis of gold-mining operations in Lusitania.

Analysis of the aerial photography offers a stereoscopic view of the terrain, providing a complete image of the landscape and allowing precise identification of the morphology of opencast mines. Another advantage of aerial photography is that it permits in-depth examination of extensive areas with relative ease. Historical aerial photography enables analysis of features that have since disappeared or been completely transformed. The so-called ‘American Flight’ of the USAF during 1956–1958 has been systematically analysed for the entire study area, while other flights, such as those by the RAF (1947) or the SPLAL (1940s), have been used occasionally.

As a result of extensive remote-sensing analysis, it has been possible to identify a large complex of opencast operations (Figure 1), changing completely our understanding of Roman gold mining in Lusitania (Edmonson Reference Edmonson1987; Domergue Reference Domergue1990). Although they are mainly located on the River Tagus and its tributaries (Zêzere, Erges and Ponsul), other relevant mining complexes have also been documented on the River Alva and in Sierra de Francia. It is now accepted that Lusitania was an extraordinarily relevant gold-production centre in Roman imperial times, as noted by Pliny the Elder (Natural History 33.78; Plácido & Sánchez-Palencia Reference Plácido, Sánchez-Palencia and Sánchez-Palencia2014).

On a smaller scale, the intensive analysis focused on several mining areas. In Mina da Presa and Covão do Urso (Penamacor) (Figure 2) and Conhal de Arneiro (Figure 3), specific drone flights were chartered to collect lidar data, with a mean point density of 230 and 200 points/m2, respectively. The high-resolution digital terrain models obtained were combined with historical aerial photography to study the morphology of the mining operations and the hydraulic network used to remove gold deposits, wash and separate the mineral and eject waste material.

The reservoirs of the hydraulic network of mining works are of great interest. The trenches excavated in the Covão do Urso reservoirs have provided a set of radiocarbon dates from foundation, operation and abandonment levels (Table 1). This dating is highly reliable as it provides the chronology of an infrastructure on which mining operations directly depended. The chronology of the reservoir operating levels (CDU-D6.UE-07.36-2) is placed around the first and second centuries AD. Over this horizon there is a substantial deposit formed by the progressive collapse of the earth wall of the reservoir. The radiocarbon date (CDU-D6.UE-04.01) taken in the upper part of this ample layer reveals that, by the sixth century AD, the reservoir had long been abandoned. In light of this, it has been possible to verify that exploitation of gold began in the first century AD, continuing until around the third century. Pollen samples from reservoir levels will also provide a better understanding of the environmental evolution and territorial transformations resulting from the introduction of gold mining.

In Las Cavenes del Cabaco (Salamanca, Spain), a study also based on the combination of lidar data and photointerpretation has been performed on the morphology of the mining operations (Figure 4). Research carried out since the 2000s on the settlement associated with the mining area has documented peasant forms of social organisation (Sánchez-Palencia Reference Sánchez-Palencia2014). Functional specialisation or manufacturing centres are not observed. The local peasant communities were expected to work temporarily in the gold mines as part of their tax obligations to Rome. They produced their own sustenance, and the fossilised remains of ancient agricultural terraces have been documented in the immediate vicinity of the mines (Figure 5). The archaeological trenches dug in these structures have confirmed their Roman chronology (Sánchez-Palencia & Currás Reference Sánchez-Palencia, Currás, Mayoral, Grau and Bellón2021), and that their use was contemporaneous with the exploitation of the mines.

Next to Mina da Presa, a Roman camp, partially destroyed by the encroachment of mining operations (Figure 6), has been identified (Sánchez-Palencia Reference Sánchez-Palencia2014). The archaeological excavation, and the dates obtained by radiocarbon assay, show that it was probably a temporary camp dating to between the mid first to mid second centuries AD. The dates from the material used to build the agger (MDP-CAM.UE-02.01) provide a chronology for its construction, placing it securely in the Julio-Claudian era. Furthermore, the identification of an Augustan coin hoard in the vicinity of the camp supports this date (Silvério Reference Silvério2012). The presence of the army in mining areas (Sánchez-Palencia & Currás Reference Sánchez-Palencia, Currás, Camino, Peralta and Torres2015) illustrates the complex roles of Roman troops, which were not limited to military conquest. In addition to operations pertaining to territorial planning and administration, in mining areas the army also performed technical tasks linked to the exploitation of gold.

The Aurifer Tagus project has demonstrated the relevance of the exploitation of gold in ancient Lusitania, which is now regarded as one of the main mining areas of the Roman Empire. From a landscape archaeology perspective, we have been able to address the study of gold mining, coping with its complex, multidimensional nature, and going beyond simplistic approaches that study ancient mining as an isolated element from a strictly formal viewpoint. The project has also opened new lines of research that should help to reveal the environmental evolution of mining, the role of the exploitation of gold in the territorial structuring of the civitates, the legal status of mining areas and forms of labour organisation.

We thank the City Council and the ‘Junta de Freguesia’ of Penamacor for their support.