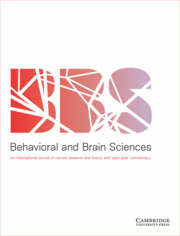 What about sex differences? An adaptationist perspective on “the lines of causal influence” of personality systems

The evolutionary theory of sex implies a theoretically principled account of the causal mechanisms underlying personality systems in which males pursue a relatively high-risk strategy compared to females and are thus higher on traits linked to sensation seeking and social dominance. Females are expected to be lower on these traits but higher on traits related to nurturance and attraction to long-term relationships. The data confirm this pattern of sex differences. It is thus likely that these traits have been a focus of natural selection rather than the traits of gregarious/aloof and arrogant/unassuming hypothesized by Depue & Collins.

What about sex differences? An adaptationist perspective on “the lines of causal influence” of personality systems
×

What about sex differences? An adaptationist perspective on “the lines of causal influence” of personality systems
×

What about sex differences? An adaptationist perspective on “the lines of causal influence” of personality systems
×
×