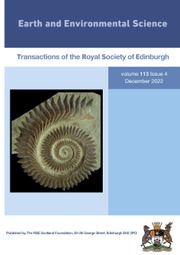 This paper summarises developments in understanding sea level change during the Quaternary in Scotland since the publication of the Quaternary of Scotland Geological Conservation Review volume in 1993. We present a review of progress in methodology, particularly in the study of sediments in isolation basins and estuaries as well as in techniques in the field and laboratory, which have together disclosed greater detail in the record of relative sea level (RSL) change than was available in 1993. However, progress in determining the record of RSL change varies in different areas. Studies of sediments and stratigraphy offshore on the continental shelf have increased greatly, but the record of RSL change there remains patchy. Studies onshore have resulted in improvements in the knowledge of rock shorelines, including the processes by which they are formed, but much remains to be understood. Studies of Late Devensian and Holocene RSLs around present coasts have improved knowledge of both the extent and age range of the evidence. The record of RSL change on the W and NW coasts has disclosed a much longer dated RSL record than was available before 1993, possibly with evidence of Meltwater Pulse 1A, while studies in estuaries on the E and SW coasts have disclosed widespread and consistent fluctuations in Holocene RSLs. Evidence for the meltwater pulse associated with the Early Holocene discharge of Lakes Agassiz–Ojibway in N America has been found on both E and W coasts. The effects of the impact of storminess, in particular in cliff-top storm deposits, have been widely identified. Further information on the Holocene Storegga Slide tsunami has enabled a better understanding of the event, but evidence for other tsunami events on Scottish coasts remains uncertain. Methodological developments have led to new reconstructions of RSL change for the last 2000 years, utilising state-of-the-art GIA models and alongside coastal biostratigraphy to determine trends to compare with modern tide gauge and documentary evidence. Developments in GIA modelling have provided valuable information on patterns of land uplift during and following deglaciation. The studies undertaken raise a number of research questions which will require addressing in future work.