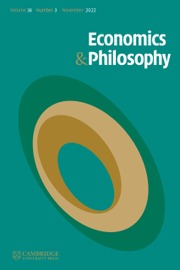 RESCUING JUSTICE AND EQUALITY FROM LIBERTARIANISM

One of the central motifs of G. A. Cohen's work was his opposition to capitalism in the name of justice. This motif was fully in view in Cohen's work on Robert Nozick's libertarianism: Cohen carefully reconstructed and relentlessly criticized Nozick's apologetics of the free market, which, he thought, was internally coherent but unconvincing. This article suggests that Cohen's opposition to libertarianism did not, however, go far enough, and identifies two respects in which Cohen's position could and should have been more critical of that philosophy.

The first concerns Cohen's negative agenda, that is, his critique of Nozick's libertarianism, the second Cohen's more positive agenda, the formulation of his egalitarian view. With regard to the first, this article argues that Cohen did not subject to full critical pressure the idea of self-ownership libertarians endorse, and consequently accorded it greater inequality-engendering power than libertarians may claim for it. With regard to the second point, this article suggests that Cohen implicitly assumed a market-friendly answer to the question of what consequences people who make choices should be held responsible for, which he could and should have questioned.

RESCUING JUSTICE AND EQUALITY FROM LIBERTARIANISM
×

RESCUING JUSTICE AND EQUALITY FROM LIBERTARIANISM
×

RESCUING JUSTICE AND EQUALITY FROM LIBERTARIANISM
×
×