Cognitive approaches to the history of English 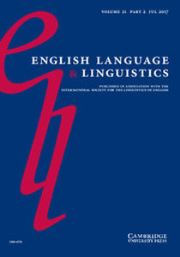