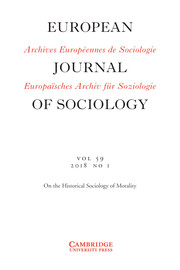 On the Historical Sociology of Morality