Human Rights, Democracy and the Rule of Law 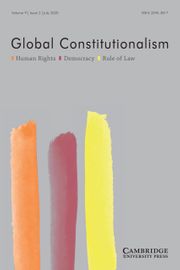