A journal of human rights, public and international law 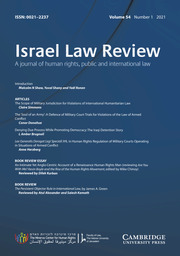