The African Charter on Democracy, Elections and Governance at 10 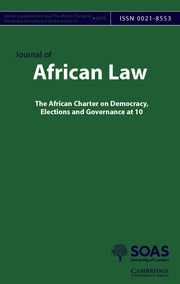