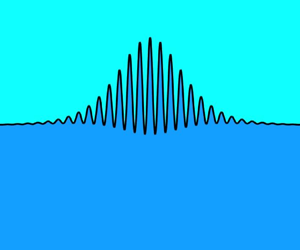 Interfacial waves between two superimposed dielectric fluid layers under a horizontal electric field are investigated from asymptotic and numerical aspects. The fluid is taken to be inviscid, incompressible and non-conducting in each layer. The competing forces resulting from gravity, surface tension and electric field are all considered. A systematic procedure is proposed to derive model equations of multiple scales in various possible limits from the electrified Euler equations in the framework of the Zakharov–Craig–Sulem formulation. Based on thorough analyses of the Dirichlet–Neumann operators in the long-wave approximation, classic weakly nonlinear models – including the Boussinesq-type system, the Korteweg–de Vries (KdV) equation and its variants, and the Benjamin-type equation – are obtained under different scaling assumptions. In addition, strongly nonlinear models (without the smallness assumption on the wave amplitude) in the Benjamin and Barannyk–Papageorgiou–Petropoulos regimes are derived. In these models, the electric effects are shown to produce dispersive regularisations of long and short waves. A modified boundary integral equation method is developed to compute solitary waves in the original electrified Euler equations. Through comparisons with solitary-wave solutions in the Euler equations, it is found that in various asymptotic regimes, weakly nonlinear models are in overall good agreement when wave amplitudes are small. In contrast, the range of validity of the strongly nonlinear model is much broader. It is shown that the horizontal electric field plays a significant role in the physical system: it expands the range of parameters for the existence of progressive waves, changes the qualitative characteristics of solitary waves and leads to a new type of solitary wave, namely the KdV–wavepacket mixed type.