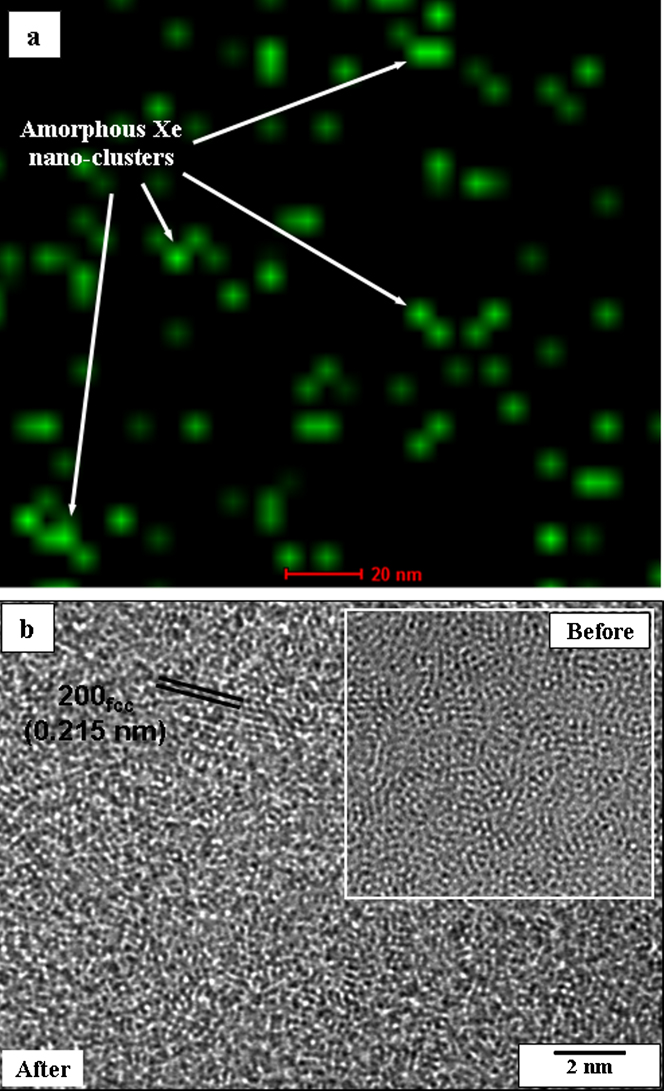 As deposited amorphous and crystallized thin films of Ti 37.5% Si alloy deposited by pulsed laser ablation technique were irradiated with 100 keV Xe+ ion beam to an ion fluence of about 1016 ions-cm−2. Transmission electron microscopy revealed that the implanted Xe formed amorphous nanosized clusters in both cases. The Xe ion-irradiation favors nucleation of a fcc-Ti(Si) phase in amorphous films. However, in crystalline films, irradiation leads to dissolution of the Ti5Si3 intermetallic phase. In both cases, Xe irradiation leads to the evolution of similar microstructures. Our results point to the pivotal role of nucleation in the evolution of the microstructure under the condition of ion implantation.