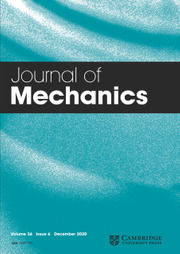 Coal pyrolysis and gasification incorporating synthesis gas (syngas) combustion are investigated experimentally in the present study. Two different coals are considered; one pertains to high-volatile bituminous and the other low-volatile one. For the pyrolysis, using thermogravimetry in association with mass spectrometry reveals that the concentrations of CO and CO2 increase with increasing temperature, whereas those of H2 and CH4 undergo increase followed by decrease. Regarding the gasification, the formations of the four gases between the two different coals are similar. However, when the reaction temperature is relatively low such as 800°C, carbon reactivity of the low-volatile coal decays in a significant way. Furthermore, with the reaction temperature of 1000°C the entire gasification histories of the two coals can be divided into five periods in accordance with syngas combustion. They are initiated, growing, rapidly decaying, progressively decaying, and frozen periods, sequentially. The flame is wrinkled in the growing and rapidly decaying periods where the reaction strength is much higher than that near extinction. When the reaction temperatures are 800 and 900°C, the growing and rapidly decaying periods tend to wither. Recognizing the syngas combustion characteristics, one is capable of figuring out the coal gasification process in more detail.