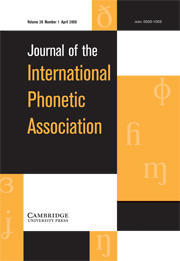 ILLUSTRATIONS OF THE IPA